The Woman in White

“I liked to see her hearty indignation flash out on me in that way. We see so much malice and so little indignation in my profession.” London Lawyer Vincent Gilmore was given the words, but every character in The Woman in White is generously written with bright, well-drawn personalities that move the story along, make them all memorable and are sociological comments for a reader to learn from over a century later. First published in 1859 this early mystery that is designated a classic became a television movie in 1997, though it was only recently that I had ever hear of it or the author.

As a contemporary of Charles Dickens and Herman Melville there 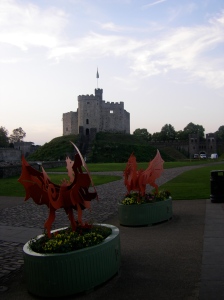 are similarities with time period, story intricacy, style, and character development. Collins stands alone as a writer, however; he doesn’t need borrowed light from contemporaries. Inside a cavernous, well-appointed castle in the British countryside, by a village and a women’s insane asylum around the bend, he peoples a stage with characters that would explode most contemporary books.

There is a nauseatingly funny uncle charged with the care and marriages of two nieces (one smart, the other beautiful and prone to vapors), a large inheritance (of course), a soppy, altruistic but poor artist with true love, a manipulative well-connected man with huge debts in the neighboring castle, and his ever entertaining sidekick, an Italian count with the mind sharper than a razor.

delusional woman dressed all in white on her way to London. Collins used a similar meeting he experienced to inspire his complicated, interweaving story that takes the reader to London, Italy, and Central America as secrets are kept, marriages are promised, an evil, penniless scalawag (help me please, I’m falling into 1800 language) hides his bastard birth so he can marry the vaporing beauty who in a fit of honesty declares her love for the soppy artist but insists on carrying through with the wedding so she can please her dead father. What’s more, there is a secret that threatens to unravel everything, greed, an Italian Mafia, charming “foreigners,” and devious women.

Oh yes, this is silly by today’s standards, but what Collins deftly did is force the question on women, “Why are you allowing yourself to be hemmed in and quashed by men?” The book was originally published as a serial in Harper’s Weekly and was meant to be read aloud. That makes it a bit repetitive as each installment must have digressed to bring the reader to date, but the story has merit as an early mystery novel. Besides, when was the last time you read a book that has a mountebank?

15 Responses to The Woman in White